It seems strange to call Michael Ventre a long-distance swimmer. The term really doesn’t do him justice. It seems too light, perhaps even too simple for Michael isn’t just swimming a long-distance. He is swimming from New York to London. The journey that Concorde used to do in 3 hours 30 minutes will take Michael around 6 months to complete.

At first glance you’d probably think Michael was crazy and in fact this he says is what most people think when they first hear about his attempt. However, having talked to him on behalf of Thames Baths over the last couple of weeks, he is anything but crazy. Michael is incredibly calm and is currently meticulously planning everything.

“The last 3 years I’ve been talking to industry experts in oceanography, meteorology and prospective companies to obtain as much info about swimming the Atlantic as well as to try to obtain sponsorship.” Said Michael, who began thinking about the swim around 2007. 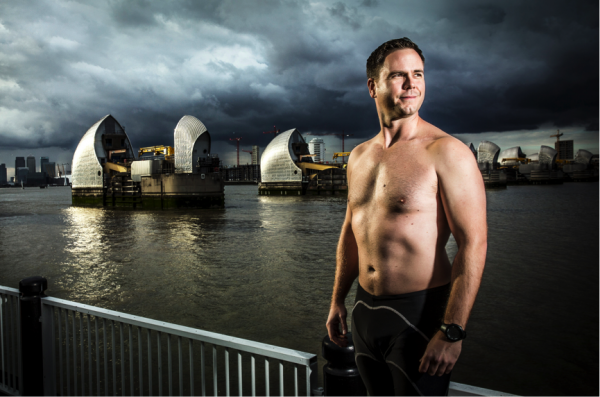 When we sat down with Michael we asked him what inspired him to start thinking about the swim and he told us this.

“A few days after I’d made an unsuccessful attempt at the English Channel I was back at work in Liverpool where I lived at the time. Whilst making the crossing to France I got caught in the dreaded tide 5 miles off the french coast and wasn’t fast enough to break through. I wasn’t disheartened because I managed to swim for 13 hours and that was a huge achievement for me at that time. I realized that my endurance was not an issue and that I could swim all day long if need be. So I began Googling the world’s longest swims. That’s when I came up with the idea of swimming from New York to London as it hadn’t been done before.”

I think many people would think it hadn’t been done before for a very good reason, but Michael doesn’t seem to be put off by the sheer scale of what he is setting out to do. Infact, there are many similarities between the audacity of what we are trying to do at Thames Baths and what Michael is trying to do in his crossing from New York to London. Both are going against what people say is possible, and both feel like you will be spending a lot of time swimming against the current.

We asked Michael what will keep him going on the journey. Apart from a good amount of rest, tonnes of carbs, positive vibes and potentially a little bit of music he also talked about setting specific goals, clearly relevant to all of us.

“I’m very stubborn when I’ve set my mind on a particular goal. Very often I work to a “pain and pleasure” mantra or carrot and stick philosophy so to speak. The pleasure of making it all the way to London is extremely strong. It has to be. Knowing that it’s never in vain and I will be doing it while raising awareness of extreme poverty and hopefully a hefty amount of funding for Oxfam is always something that can keep me going. It will also be a world record.” 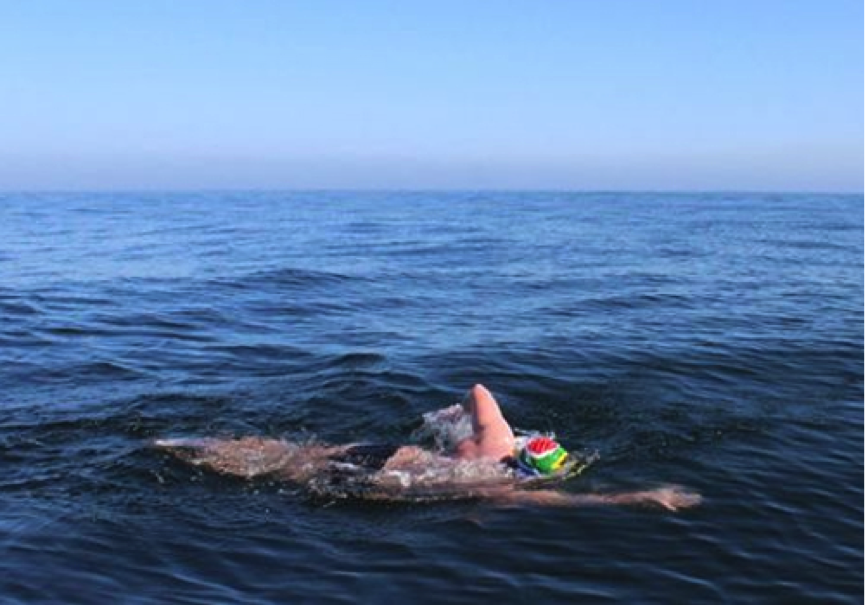 It’s amazing to think that one person could do this and we really hope that Michael achieves his dreams. As a support partner we will be doing our best to help Michael where we can, but he still needs more support and more donations. If you think you, or your business could help him, then you can find out more at http://www.newyorktolondonswim.com/michael/.

We wish him the best of luck and will keep you updated on his journey.